Enclave’s venture into the UKLC 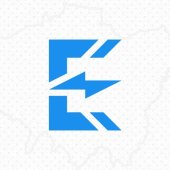 Enclave Gaming is one of the UK’s most respected British League of Legends organisations. Having formed in 2015 they have produced countless memorable victories in multiple British competitions.

Given their pedigree, the side wanted to test themselves in the UKLC. A brand new regional league which aimed to take the semi-pro scene to the next level. Enclave’s owner Britsaint described the process as gruelling but ultimately rewarding.

“To get into the UKLC you had to go through a rigorous selection process. First, you must be a registered company and have a registered trademark. A solid business plan is also key, there isn’t any point in the structure LVP put forward if companies aren’t able to commercialise esports in the UK,”

“After this has been accessed, you have a meeting where I feel LVP brought up their concerns on anything you’ve put forward. Passed that, the decision is in the hands of LVP, luckily for us, we had been in the UK for the last 2-3 years up to that point so we were a known quantity which helped us in the selection process.”

After a difficult selection process, LVP decided to offer the organisation a spot. With much enthusiasm, it was time for Enclave to step into the league, with fresh challenges and new rewards.

New year, New players, #NewLVPuk league! We are excited to introduce our Teams for 2019!
Join us on January 23rd for the full reveal of our UK League with @uk_riot! pic.twitter.com/LAC4bmIlAk

This is their journey.

Possibly one of the hardest decisions happened at the start. Choosing who to represent your team in the first-ever UKLC season. The organisation had to start from scratch. None of the players who helped Enclave qualify for EU Masters in 2018 was expected to re-sign this year.

So, they decided to take a risk. A risk that started with their head coach ItsMans. The American explained how he first got involved with Enclave.

“I was actually coaching Team Absolute in UK Proving Grounds and asked a bunch of orgs to come to watch scrims/talk to players. Since the entire tournament was full of UK players. Also, knowing the UKLC was happening and that they were going to need UK talent,”

“Only a few teams took me up on that offer, Enclave being one of them. They came in and watched scrims and talked to a few of the players. After the tournament, I was asked to trial as a coach for Enclave and it just took off from there.”

Clearly, the team were satisfied seeing ItsMans apply himself into the British scene. The coach was given the chance to lead a brand new roster of players in one of the most professional Leagues of Legends tournaments the UK had seen.

Enclave’s international scouting didn’t stop there, they enlisted Finnish ADC Kehvo and the Polish duo of Warszi and Wysek into their starting roster. The team was rounded-out by ex-Barrage top laner Governor and former Bulldog Esports support Raizins.

The side had been completed. They were ready to compete against some of the best talents the United Kingdom had to offer.

“My first couple of weeks at Enclave were rough. I mean this wasn’t the Enclave that was first in the Forge of Champions last year. Entirely new staff, new players, new coaches etc. there was a lot to work out in a very short period of time. But the players individually were all extremely talented and I had great expectations for the season.” – ItsMans

As ItsMans stated, the first few weeks were difficult for the organisation. The UKLC opted for a tower/ king of the hill format every week which would run over seven weeks. For two weeks Enclave failed to secure a single point.

It’s fair to say that the team had two demanding games, facing both Fnatic and Excel Academy in their opening weeks. Many knew that with the introduction of LEC sister teams into regional leagues, the competition was going to be harder than ever.

As the Spring Split progressed, it was clear to see that the side had the potential to go even further. This was none more apparent than their game against Fnatic Rising in week four. Not only did the side beat the academy team, but they also made it to the finals before being beaten by eventual spring regular season victors Diabolus.

Both the Diabolus and Fnatic games have remained fond memories for their former top laner Governor.

He said: “Our game vs Diabolus, although we didn’t win, it felt great to have such a good individual performance against a very strong team at the time. Another moment would have to be beating Fnatic and how hyped the team was afterwards,”

“As well as beating my old team Barrage.”

In the end, Enclave finished their Spring Split 5th. It was apparent that there was a clear top four, as the line-up failed to remain consistent.

On the other hand, Britsaint feels that the Spring Split, as a whole, was a success. His side was never going to win the split due to the landscape of the UK scene changing. The organisation understood that they where no longer the side that dominated Forge of Champions’ circuit in 2018. Instead, they focused on creating a strainable environment for the staff and players.

“Our main priority was making sure that we executed our player acquisition strategy to ensure we could compete within the parameters set by our business plan. We wanted to make sure that as a business we were actually making a profit from the league which meant we had to compete with some large budgets,” explained the founder.
“We were up against some pretty big budgets but walked away from the season in a good position whilst also making a profit. This allowed us to invest more in our content development and future rosters.”

By the time teams were preparing for the UKLC second split, much had changed. Two new sides entered the competition as Demise and NVision were promoted through the promotion tournament. Dominant sides such as MnM and Diabolus also made huge changes to their starting roster.

Things also changed for Enclave aswell. ItsMans was removed from his position and replaced by Wise Traveller. Governor, Warszi and Wysek also left the organisation. Whilst not entirely intentional, it seemed as though Enclave were once again rebuilding their side.

“The decision to revamp the roster wasn’t my choice, however, I see why Jakey (Enclaves Director of Esports) made the choices he made. He kept Kehvo and Raizins securing us a strong bot lane and tried to strengthen in jungle, mid and topside. Some personalities clashed during our spring split so in order to improve the mentality of the team it made sense to switch things up. – Britsaint

It's finally time for us to introduce our #UKLC Summer Split roster!

Enclave’s starting line-up was announced. However, the team suffered a massive blow as their new midlaner Primacy was no longer apart of the team. With very little time to find a replacement, a golden opportunity was handed to a familiar face in the UK scene. After two years, Beeley was back playing in blue and white.

“I was given two offers and one team backed out after I accepted their offer, Enclave reached out to me and offered content creation and a sub spot, which was the best offer I had considering I wanted to grow my brand,” said the mid laner.

“I wasn’t ready to play and had to use my mobile data for scrims and the first week of UKLC, this made practice very hard, even after I got internet I had a 40 hour work week which drained me slowly, thankfully my team are great fun and gave me the energy to enjoy myself.”

Did we say content creator 😅 @BeeleyLoL will be moving into our full UKLC squad for the upcoming Summer Split! We can't wait to see him in action 💪

The tower format in the UKLC is a hellish competition. If your team isn’t fully prepared then it’s hard to gain any momentum. This was the case for Enclave in the Summer Split. The organisation failed to win in their first three tower matches. Despite results slowly picking up, it was too late. Enclave finished 6th, one place lower than in spring. To make things worse, the side then lost in the first round of the playoffs.

Beeley understood that even though his side’s circumstances weren’t ideal, they should have performed better overall.

“I think the split was disappointing, I could write about how the format messed us around but we still dropped games to teams we should have beat.”

A Season of Harsh Lessons but New Knowledge

Enclave’s first UKLC season may have not gone entirely to plan. It seemed that from the start, the organisation was having to deal with a huge rebuilding process. Whilst also having unfortunate circumstances occur throughout the year.

However, this year was not a failure for Enclave Gaming. Despite their performances being sub-par, the brand has never looked stronger. They have solidified themselves as a top UK team through their professionalism and outlook on semi-professional esports.

There isn’t a bad word said about the organisation throughout the scene. This year certainly wasn’t Enclaves time to shine. Still, the side will continue to develop and maybe next year they could surprise a few and find their way back to EU Masters.

“While in 2019 Enclave didn’t get everything right I have a lot of faith in Phil (Britsaint) as a figurehead to improve year on year, I look forward to their future growth and I was honoured to be part of their first UKLC lineup.” – Governor

“I feel like I learnt a lot about viewing different perspectives of the game, everybody plays from their own and has their own idea of how comms should be or how the game should go, but you have to communicate on a level that you all agree to.” – Beeley

“I was happy for my time at enclave, I was given an opportunity to travel, and be apart of a great tournament. And I know the players and staff are all extremely talented. And I know they will succeed in whatever opportunities they are offered.” – ItsMans

Our goals for 2020 I believe remain the same as 2019. Make sure we stick to a clear business plan that breeds results as well as profitability. Make sure that we can compete for players not just financially but offer other incentives to join Enclave Gaming. Develop a strong strategy that gives our fans content they can enjoy whilst maintaining a strong relationship with our partners. Build on our commercial success in 2019 and establish new partners. – Britsaint

View all posts by Gromp News