This weekend Europe will crown yet another EU Masters champion. Can Fnatic Rising, Misfits Premier or SK Gaming Prime start a new reign of dominance? Or will MAD Lions be the first team to retain the trophy?

Either one of these sides has the capability to win the competition. This years EU Masters stands out from the previous versions. There is no clear favourite.

Nevertheless, MAD Lions will be aiming to prove that although the opposition may be different. The results will remain the same. Their mid laner PrettyGRE is confident that his side can perform in the semi-finals and that he will give everything to be victorious.

He says: “My goal now is to win EU Masters. I will give it my best in these weekend games to show my best performance and show everyone how good I am,”

“It feels amazing being in the top four on my first EU Masters. Not gonna lie it’s not something I expected to happen after our first horrible day in play-ins, but here we are.”

The reigning champions will have to be at their best if they want to be triumphant over a valiant Misfits Premier side. Their clash against the French team will also be made harder as MAD Lions’ star top laner Yoppa, cannot play in Leicester due to Visa issues. This means that their substitute jungler Palens will need to take the place of the top laner in the semi-final match-up. Still, PrettyGRE believes that his side is capable of taking down the LEC sister organisation in tomorrow’s series.

“They have a very specific way of playing the game that I think we will be well prepared to play against. I can’t say from now how the games will go but I’m confident in my team and myself that we will perform well.” 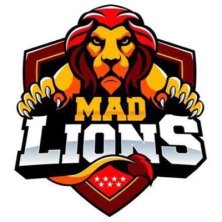 Both MAD Lions and Misfits Premier had to fight their way to the semi-finals after initially starting from the play-in stages. However, now a new challenge awaits them as the rest of the competition will be played offline, and in front of an audience. The Greek mid laner is relishing the opportunity to perform on the big stage.

“Playing lans is the thing I enjoy the most about being a professional gamer. The live crowd chanting and shouting makes the games really fun especially when they are screaming for a good play you make.”

For many of the players who are competing over the weekend. This is their opportunity to impress and pave a way for a successful career. Every player strives to be the best and PrettyGRE is no different.

“My personal performance is a result of all the hours I put into this game, from the moment we started the preparation for spring split. I’m not a flashy player to be honest, I really focus on trying to play the game perfectly and making the most out of every situation. I’m satisfied with some things I’ve shown in this tournament but I want to show more and prove myself now that it really matters.”

It sounds like the mid laner is ready for any challenge coming his way. His side have already suffered with the loss of their top laner. On the other hand, this offers Palens an opportunity to step off the bench, step out of the jungle, and become a hero for MAD Lions.

Can the team scratch and claw their way to the final or will Misfits deal them a bitter blow?

Don’t forget to tune in to the EU Masters semi-finals live on Twitch tomorrow! Or you can still watch all the action unfold live and in person by booking your tickets now!

Our Semifinalists are confirmed 🔥

View all posts by Gromp News